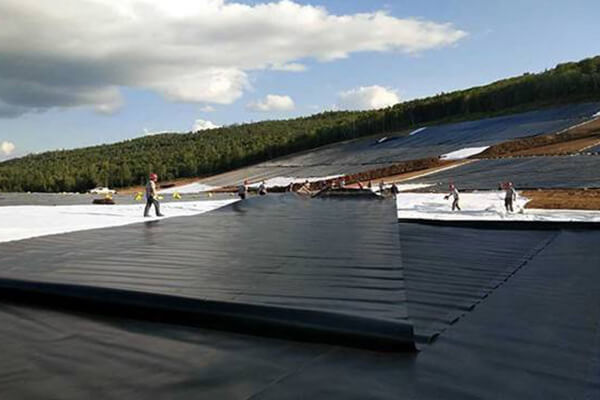 The membrane in the composite geomembrane plays a role of impermeability, and the geotextiles on both sides play a role of stretching and protection. The thickness (density) and material of the geotextile have a great influence on stress and strain. Therefore, when selecting materials, the composite geomembrane needs to have an ideal stress-strain curve in addition to a higher ultimate tensile strength.