The so-called geogrid-reinforced retaining wall technology is to perforate high-density polypropylene or polyethylene plates and then heat them to stretch them in one or two directions. The purpose of this is to improve the directional arrangement of molecular bonds and obtain a reinforced material with high strength and low elongation.

Under the influence of its high tensile strength and continuous plate-shaped opening structure, the wall can be better fixed, and the inside of the soil can be evenly reinforced, thereby effectively preventing the sinking of the filler. In addition, there is a certain frictional resistance between the geogrid and the soil, and its wall can play a blocking role. If its design and calculation are reasonable, it can ensure the safety of the structure and can withstand relatively large dynamic and static loads. 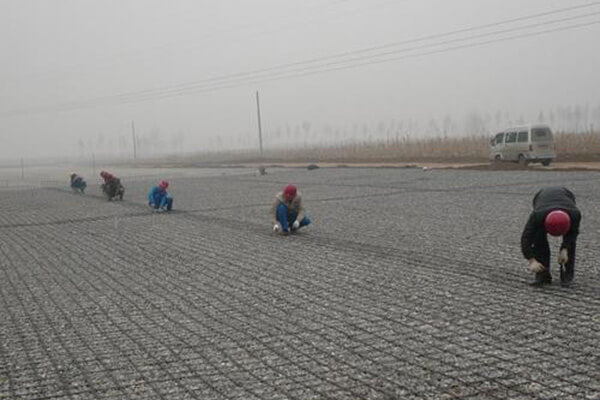 In this process, the combined stress of the filler layer can be diffused and then distributed in a wide range, thereby increasing the shear strength of the roadbed and further improving the stability of the roadbed.
Among all reinforced materials, geogrid is an important material, which is widely used in modern highway construction. In the construction of highway embankment, the most important thing is the vertical bearing capacity and the axial thrust to both sides, which can effectively reduce the vertical bearing capacity of the foundation.