Geomembrane is usually composed of a continuous thin layer of polymer

Geomembrane is one of the three main geosynthetic materials commonly used in landfill engineering (including geotextile and geotextile), and its anti-seepage performance is the main indicator to measure whether the landfill meets environmental protection requirements. 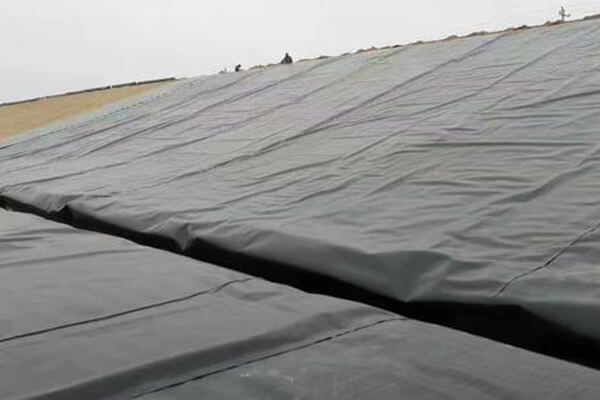 Geomembrane is usually composed of a continuous thin layer of polymer, which is not absolutely impermeable, but compared with geotextile, fill soil and even clay, it is impermeable. The measured data of the water vapor permeability test is 0.5×10-10~0.5×10-13cm/sec. Therefore, the main function of geomembrane in sanitary landfills is to cut off the leakage of leachate and landfill gas and prevent harmful substances from polluting the surrounding environment.

The softening point of the high-density polyethylene geomembrane is about 121°C, and the cold brittle point is about -120°C. It has a strong resistance to inorganic acids, organic acids, inorganic salts, alcohols, aldehydes, amines, esters, and oils. It can prevent the direct corrosion of these chemicals and the performance degradation caused by absorbing expansion. It also has a certain resistance to some carbon and oxygen compounds (such as benzene, phenylacetaldehyde, hexane, and formaldehyde).