How to Construct Geomembrane to Make the Anti-seepage Effect Better

Geotechnical impermeable membranes are widely used in large and small projects, especially the anti-seepage of root-base construction projects. In addition, they are also widely used in agricultural aquaculture and lotus pond impermeability.

When buying an impermeable wholesale LDPE geomembrane, it is also necessary to consider the size of the pool according to the size of the custom. Generally, the width of the impermeable membrane can be 6m, and the commonly used length is 50m or 100m. Generally, the thin film is usually made into a 100m roll, and the thick film is generally used with a 50m roll. A 6m wide and 50m long 1.0mm thick film weighs 300kg, so when choosing the size, it is necessary to consider both the size of the pond and the difficulty of unloading the car when the goods are delivered to their destination.

When designing, horizontal overlapping, and vertical laying methods should be considered. The shorter side of the pool corresponds to the width of the membrane produced by environmental geomembrane manufacturers, and the longer side of the pool corresponds to the length of the impermeable membrane roll so that the laying can reduce The number of sweat joints reduces the amount of construction, thereby reducing costs. In addition, reasonable calculation of the size of the pool and calculation of the total geomembrane area according to the size of the pool will not cause too much waste or purchase too little and need to be purchased separately.

First, Excavation of the root surface, clearing base disposal, and cushion construction.

1. Foundation disposal: use an excavator to stop earthwork excavation according to the design elevation, seepage control elevation is controlled to 800mm under the design river bottom, liquidation of the geomembrane laying surface requires the substrate to be leveled, the soil is firm, no unevenness, cracks, etc., no sharp objects, Stones, iron wires, wooden sticks, etc., the turf and roots within the impervious area should be cleared, and weeds should be sprayed with weed killers.

1. Membrane laying: The low price aquaculture geomembrane of the inclined wall is laid from the top of the embankment to the slope foot, and the degree of covering is laid from the slope foot to the outer end. When laying the film, pay attention to Zhang Chi to prevent stress concentration and artificial damage. When laying, it is required that the separation surface of the film and the foundation cushion layer should be consistent and flat, and there must be no folds in the upstream and downstream directions. The construction procedure of the connection between two cloths and one film is as follows: film laying→welding film→seam bottom fabric→overlaying→sewing upper layer fabric.

2. Welding film: Welding is used for the connection of the film, and a 10cm edge is reserved for welding. The machine consists of two pieces of electric iron, the belt wheel is pressed by the adhesive tape, and the plastic film is rolled, and then welded into two 10mm thick wires with a net distance of 16mm. Before welding, it is necessary to remove sand, mud, and other debris from the membrane surface to ensure that the high quality aquaculture geomembrane surface is clean. The membrane and membrane joints are laid flat and can be welded in front.

3. Sewing cloth: The seam of the geomembrane geotextile is connected in time. The hand-sealing machine is used to stitch the seam. The seam surface is required to be moderately natural and smooth to ensure that the membrane cloth is combined with force. 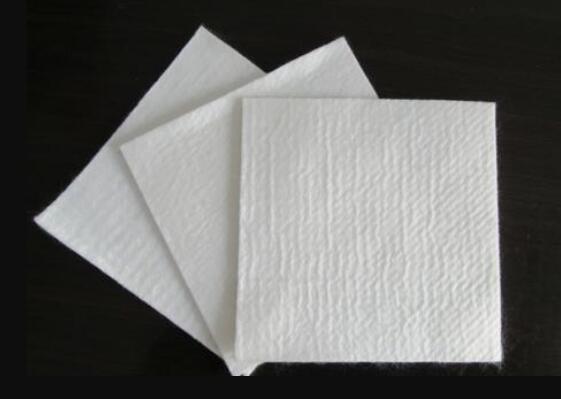 When stopping welding, it is also necessary to pay attention to that the operator of the welding machine should always observe the welding quality high quality textured geomembrane, adjust the welding temperature and walking speed according to the change of the ambient temperature, the ordinary temperature is adjusted to 250-300 ℃, and the speed is 2-3m/min. After each weld is completed, the quality inspection is stopped immediately. The inspection method is mainly a visual inspection. If problems are found, stop repair welding immediately after making a mark.