Influence of Shear Characteristics of Composite Geomembrane on Stability

The anti-sliding stability of the geomembrane anti-seepage body of the upstream slope of the dam, the influence of the shear characteristics of the composite geomembrane on the stability, the internal stress of the membrane-soil combination anti-seepage rockfill dam, and the different anchorage forms on the membrane stress and deformation The sensitivity analysis of the dam body and dam foundation material parameters on the stress and deformation of the geomembrane, the overall settlement and lateral deformation of the valley-type extended landfill on the impervious layer, etc. 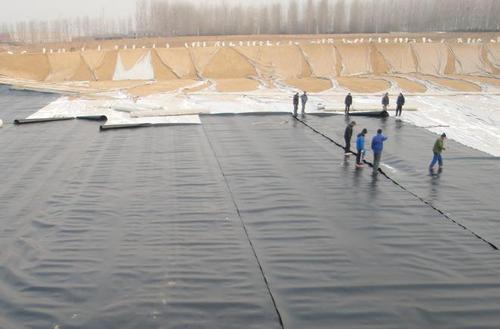