1. The soil should be firm to avoid uneven settlement and cracks and remove turf and tree roots within the impervious area. Small particles of sand or clay are placed on the contact surface of the membrane as a protective layer.

2. Paving the geomembrane, do not stretch the low price aquaculture geomembrane too tightly, bury some ends of the soil in the form of ripples, use rigid materials to anchor, and leave a corresponding amount of expansion.

3. It must be embedded before use: the thickness of the cover should not be less than 30 cm.

4. The repair of the anti-seepage system consists of a cushion layer, anti-seepage layer, transition layer, and protective layer. The impermeable membrane has a good heat resistance and cold resistance. Good chemical stability, high rigidity, and toughness, mechanical strength, good resistance to environmental stress cracking and tearing, as the density increases, mechanical properties, and barrier properties will increase accordingly, and heat resistance and tensile strength are also higher; Resistant to acid, alkali and organic solvents. Stones and weights should be kept straight during construction. Provide you with high-quality composite high quality aquaculture geomembrane, the right quantity, and three packagings. 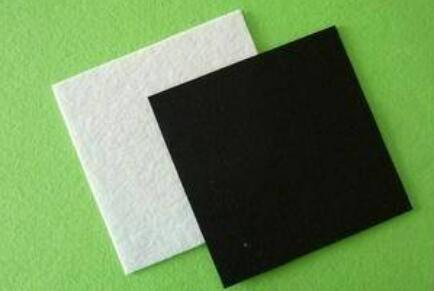 1. The laying of LDPE geomembrane for sale should require less welding, and under the premise of guarantee, try to save raw materials. It is also easy to guarantee.

2. The width of the seam between the film and the film is generally not less than 10cm, so the orientation direction of the weld is usually parallel to the large slope, that is, arranged along the slope direction.

3. Normally, the corner length and abnormal parts should be shortened as much as possible. Except for special requirements, within 1.5 meters from the top slope or stress concentration area, no welds shall be provided on slopes with a slope greater than 1:6.

4. When laying anti-seepage wholesale LDPE geomembrane, artificial wrinkles should be avoided. When the temperature is low, it should be as tight as possible and paved.

6. The anti-seepage geomembrane produced by environmental geomembrane manufacturers is not dragged during transportation and is hardly dragged to avoid sharp injuries.

It should extend upward from the bottom and should not be pulled too tightly. Partial sinking and stretching should leave 1.50% residue. According to the actual situation of the project, the slope should be carried out from top to bottom.