The biogas digester’s anti-seepage membrane plays a decisive role in determining the environmental protection effect. Once the biogas low cost textured geomembrane leaks, the consequences are more serious. The entire project was abandoned. The biofilm black film is made of high-quality polyethylene primary resin, whose main ingredients are 97.5% of high-density polyethylene, and about 2.5% of carbon black, anti-aging agent, antioxidant, ultraviolet absorber, stabilizer, and other auxiliary materials. The most advanced Italian fully automatic geotechnical production equipment is made by three-layer co-extrusion technology. All products are produced in accordance with the US GRI standard and ASTM test standards, complete specifications, smooth, rough surface, thickness 0.25mm-2.0mm, wide 4m-12m to adapt to laying on different slopes. 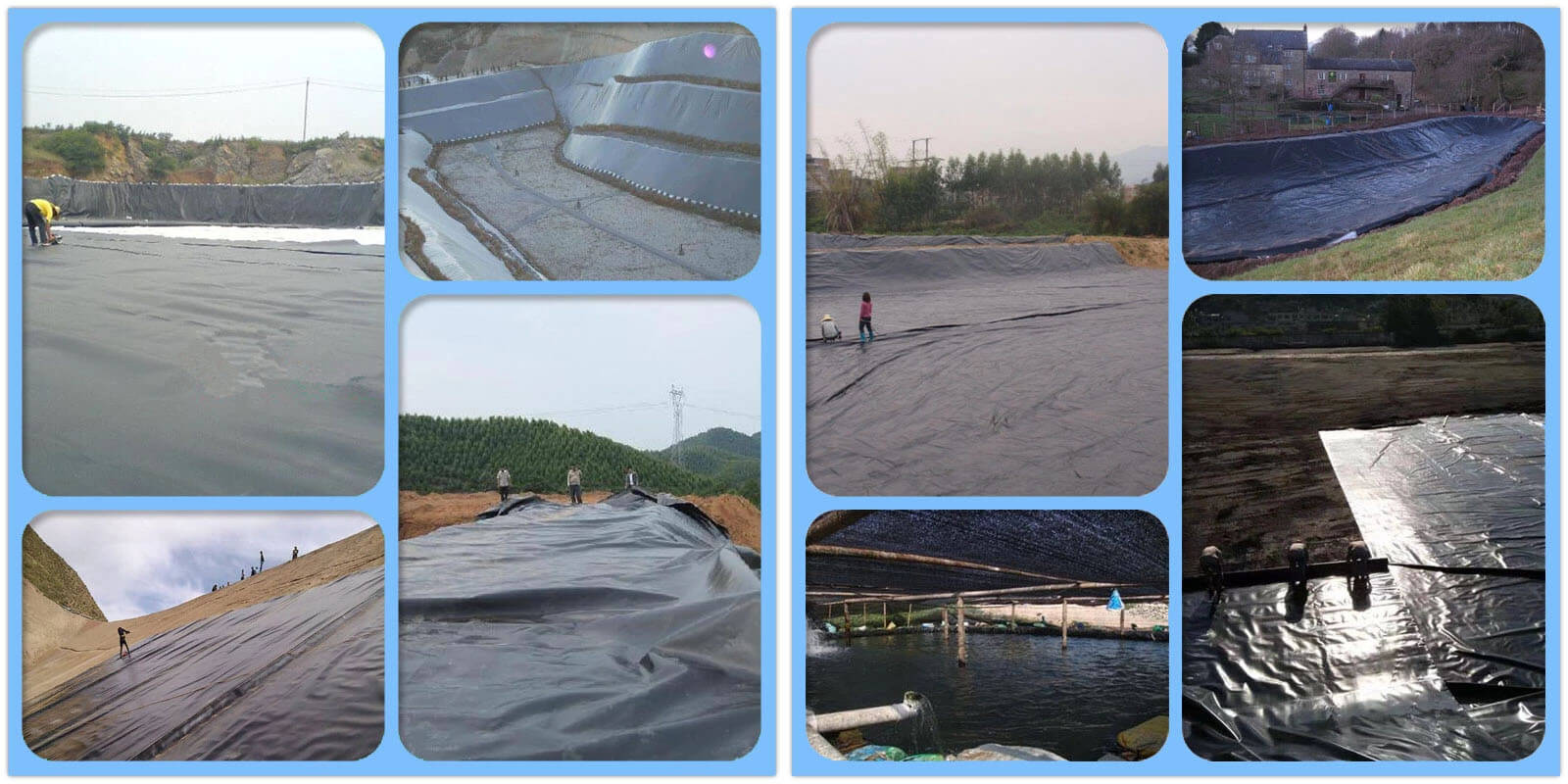 The top film of the biogas digester in the farm is generally recommended to be more than 1.5mm, and the bottom film and the sedimentation tank are recommended to use 1.0mm or 1.2mm geomembrane as the anti-seepage film; it can meet the use requirements and save costs, so why some buy the price It’s only a few dollars a square meter. If you buy a cheap and ridiculous price, then congratulations, you are cheated, because the textured geomembrane factory price used in the biogas digester should use a three-layer co-extrusion blow molding equipment with new imported raw materials plus some It is made of matched anti-oxidation and anti-ultraviolet ingredients, and the cheap material is made of recycled material (garbage) by calendaring process (laminating film). The laminating film is a cast film which is quenched by melt drooling. A non-stretched, non-oriented, extruded film. There are two ways of single-layer drooling and multi-layer co-extrusion drooling. Film production process: Firstly, the polyethylene particles, moisture-proofing agent, color masterbatch, carbon black, and other raw materials are mixed in an appropriate ratio, and the materials are mixed into the silo, and then the raw materials such as polyethylene particles are heated by an extruder Dissolves into a fluid state, extrudes it to flow out of the geomembrane in the slit of the die with the appropriate width, cools the cooling roller with a cooling agent and then shapes it, and finally cuts it into the width and length required by the customer and packs it into a roll. Due to different manufacturing processes, the film produced by this equipment looks bright and soft, but the molecular structure is damaged, not strong, and the service life is greatly reduced. Therefore, the majority of users must keep their eyes open when purchasing, and don’t be deceived by bad people for economic losses because of the cheapness of coveting. Because once the biogas leaks, it is very dangerous.

The black-film biogas digester project can also save sewage treatment costs. Manure is treated by biological composting and anaerobic fermentation to kill toxic and harmful bacteria, viruses and parasite eggs, eliminate mosquito and breeding grounds, reduce human and animal diseases, greatly reduce sewage and other harmful impurities, and reduce the impact on Pollution of groundwater and downstream water quality to protect the physical and mental health of local and downstream drinking water people. As a result, environmental sanitation conditions are improved, which is also good for human and animal health. Therefore, it is recommended to choose our conscience products, which has eliminated worries. Protect the environment and make great contributions. As a large-scale breeding farm, the development of biogas projects can not only treat the manure produced by pig production and meet the requirements of environmental protection standards but also increase the benefits and realize the utilization of manure resources through biogas power generation projects.