Steps of Anti-seepage Membrane in Construction of Artificial Lake

When the height of the rough surface is increased from 0.25 mm to 0.5 mm, the higher surface friction coefficient can increase the friction angle with different materials, enhance the stability of the slope during use and thus improve the stability of the landfill slope. Cutting must be done after rigorous calculations, we must pay attention to the maintenance work after construction, to avoid small details without attention and affect the effect of the rough application of geomembrane on leachate conditioning tank. 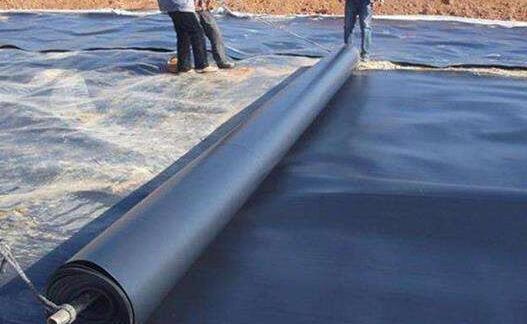 With the development of urban construction, people’s living standards have improved, and the environmental function of water has attracted more and more attention. Artificial lakes have also appeared in public places and residential areas. It has also been widely welcomed by people, so what steps should be taken when using artificial lake anti-seepage membranes?

1. Excavate the shape depth and surrounding slope of the lake according to the drawings;

2. Level the bottom of the lake and ram the base soil to repair the shape of the lake;

3. Peripheral facades are built with 180 or 240mm thick earth walls, and impermeable membranes are laid on the walls;

5. A large area of ​​150-200 thick gravel is laid on the bottom surface. The role of the gravel layer is to drain the groundwater to prevent the groundwater from lifting the anti-seepage layer when the lake is drained;

6. Lay the stone powder layer or medium-coarse sand layer on the gravel layer 80mm thick to level the base surface;

7. Lay a layer of 100g non-woven fabric as an isolation layer;

11. The 180mm thick brick inner wall of the surrounding facade is used as the protective wall of the impermeable membrane.

High quality aquaculture geomembrane, as the main material for artificial lake anti-seepage, has the advantages of large light elongation, good anti-seepage performance, and adaptability to deformation, and its construction is relatively simple. The most important thing is its low cost, So it has been widely used in many engineering constructions.