Home > News > The Function and Application of Non-woven Geotextile

The Function and Application of Non-woven Geotextile

Geotextiles are textiles used in civil engineering and have successfully replaced metal strips that have been used in various reinforcement fields to overcome the weakness of soil tension. The widespread use of high quality filament nonwoven geotextile in the field of reinforcement is not only due to their low stiffness properties, but they are also compatible with soil in terms of deformability, and they increase the shear strength and ductility of the soil. filament nonwoven geotextile manufacturers is a new type of building material. It is widely used in railway, highway, water conservancy, electric power, metallurgy, mining, construction, military, seaport, agriculture, and other fields. It has drainage, filtration, isolation, reinforcement, protection, anti-seepage and prevention. Leakage and other functions, together with wood, steel, cement, collectively referred to as the four major building materials. In 1926, filament nonwoven geotextile for sale were first used in the field of geotechnical engineering in the Netherlands; in the late 1950s, the United States first used filament nonwoven geotextile manufacturers in the field of beach revetment engineering to replace traditional sandstone filter materials; in the early 1980s, geotechnical engineering Cloth began to be applied in China’s railway and water conservancy departments.

2.1 Spunbonding process
The main process of the spunbonding process is: melting the particles or powder of the polymer, feeding it into an extruder and spinning into a continuous filament bundle, and randomly laying on the conveyor belt to form a web, the filament is not completely solidified yet. At the time, it is pressed with a hot pressing roller, or bonded with a binder, or reinforced with a needle punching method to form a continuous uniform filament nonwoven geotextile for sale. This method is simple in process, high in output, low in cost, and inexpensive. Since the filaments are laid into a net, such nonwoven fabrics have high strength, good elongation, and are not easily broken and torn. At present, the most widely used spunbonded filament nonwoven geotextile for sale are polyester filament spunbonded high quality filament nonwoven geotextile, and the fibers are arranged in a three-dimensional structure. In addition to good mechanical properties, it also has good vertical and horizontal drainage performance and good elongation properties, as well as high chemical resistance, such as bio-resistance, acid-base resistance, and aging resistance. At the same time, it has a wide pore size range, a tortuous pore size distribution, and excellent permeability and filtration properties. Polypropylene fiber has excellent acid and alkali resistance, especially acid and alkali resistance, superior to polyester fiber. Its application has an irreplaceable position in the harsh environment of underground acid and alkali and high cold, so polypropylene filament needle acupuncture filament nonwoven geotextile manufacturers are also gradually appearing on the market, and product performance is constantly improving.

2.2 Short fiber needle punching process
The fiber is mixed, combed (or airflow) into a net, laid, drawn and needled to form a finished product. The entanglement strength formed by the needling is sufficient to meet the tensile stress during laying without tearing. And broken. It is characterized by large thickness, high density, fluffy structure, good water absorption and water permeability, strong resistance to deformation, and its permeability coefficient is comparable to that of sand filter material, but it is more convenient to layout and the price is more affordable, so it is especially used as a filter material. Suitable. In addition, it also has certain enhancement and isolation functions, and can also be combined with other geosynthetic materials, with protection and other functions. Due to the characteristics of filtration and drainage of non-woven filament nonwoven geotextile for sale, special attention should be paid to the hydraulic properties, including effective pore size and permeability coefficient.

2.3 hot melt bonding process
The same synthetic fiber or two kinds of synthetic fibers with different melting points are opened, combed, mixed, laid, and passed through a pair of heated rolls to melt the low melting point fibers in the surface layer or the net of the web, and bond together to form a Weaving filament nonwoven geotextile for sale can also be used to spread the heat-bonding adhesive on the surface of the web and then through hot rolls to achieve fiber-to-fiber bonding. The key to hot-melt bonding is hot air drying. As the hot air penetrates the fiber web, the fibers are melted and bonded together to form a flake-like material. Thermally bonded nonwovens can be achieved by different heating methods. Adhesive methods, web types, carding processes, and web structures will all affect the performance and appearance quality of the final product. For the web of low-melting fiber or bicomponent fiber, hot-rolling bonding or hot-melt bonding can be used; for ordinary thermoplastic fibers and webs mixed with non-thermoplastic fibers, hot-rolling bonding can be used. In the case of the web forming process, the thermal bonding process has an important influence on the performance of the nonwoven fabric, which determines the final quality of the product.

3. The function of non-woven geotextile

Nonwoven filament nonwoven geotextile for sale are used in a variety of applications, including enhanced functions, isolation, filtration, drainage, filtration, and anti-seepage.

3.1 Strengthening functions
The reinforcing function of the non-woven filament nonwoven geotextile manufacturers is to improve the mechanical properties of the soil layer by utilizing the tensile properties of the high quality filament nonwoven geotextile and to limit the displacement of the geotechnical engineering during long-term use, which plays a certain stabilizing effect.

3.2 isolation function
The isolation function of the nonwoven filament nonwoven geotextile for sale is mainly manifested in two aspects. One is to prevent the mixing of different routes or different layers of materials, to maintain and improve the integrity and running performance of the two materials; the second is to prevent the pollution and corrosion of the filter layer. Ensure the quality of the project and speed up the progress of the project.

3.4 Drainage function
Nonwoven high quality filament nonwoven geotextile is a good water-conducting material. The fabric itself forms a drainage channel, which collects excess water inside the soil structure and slowly discharges the soil along with the fabric.

3.5 Filter function
The back filtration means that the soil material subjected to the osmotic pressure is not lost while the liquid passes, and the non-woven high quality filament nonwoven geotextile can replace the traditional sand gravel filter layer, which has the advantages of reduced engineering quantity, convenient construction, and high speed.

3.6 Anti-seepage function
Anti-seepage refers to the prevention of liquid permeation loss. The synthetic material of non-woven filament nonwoven geotextile for sale and geomembrane is used as an anti-seepage layer, which is economical, durable and pollution-free.

4.2 Application in hydraulic engineering
Geotextiles are usually not used alone. They are covered under the block stone or concrete precast slabs in the dike protection and river bottom protection to form a stable shield. filament nonwoven geotextile manufacturers can completely replace the filter layer composed of conventional sand and gravel, which acts as a counter filter to prevent the penetration of soil particles. In hydraulic engineering, filament nonwoven geotextile for sale is often placed between two different soils (materials) to avoid mixing and losing the integrity of various materials and structures, or the loss of soil particles. An impervious composite geomembrane is placed on the water-facing side of the dam, irrigation channels and pool to prevent leakage of water and toxic waste. Because the high quality filament nonwoven geotextile has high tensile strength and good flexibility, when it is laid in the soil in an appropriate manner, it can restrain the tensile strain of the soil, reduce the deformation of the soil, and thus increase the modulus of the soil and stability.

4.3 Application in anti-seepage engineering
The anti-seepage project is mainly applied in sewage treatment plants, fly ash yards, tailings storage yards, mine dumping sites, landfills, pollutant storage pools, environmental protection and hydraulic structure seepage prevention, and building anti-seepage. Agricultural fields, etc. In these waste ponds, stacking and squeezing for a long time generates harmful gases and liquids and leaks into the ground, causing contamination of groundwater and soil. For this reason, when constructing a waste pool, an anti-seepage composite geomembrane is generally used, which not only can effectively prevent leakage of toxic gases and liquids but also can reduce engineering cost.

4.4 Application in Old Road Repair and Highway Subgrade Protection
In the old road repair, the filament nonwoven geotextile for sale is used for the bottom layer of the road, replacing the stress reduction layer and the sealing layer, which can control and prevent the development of cracks, prevent the surface water from entering, and strengthen the ground. In the roadbed protection, the high quality filament nonwoven geotextile is laid on the bottom of the embankment, which can play a role of isolation and prevent soil erosion; it has good permeability and good drainage effect. Under the action of load or pumping, the water can be Discharge, while further compacting the soil. The high quality filament nonwoven geotextile can evenly transmit the force acting on it to the subgrade, which acts as a reinforcement to avoid local damage. 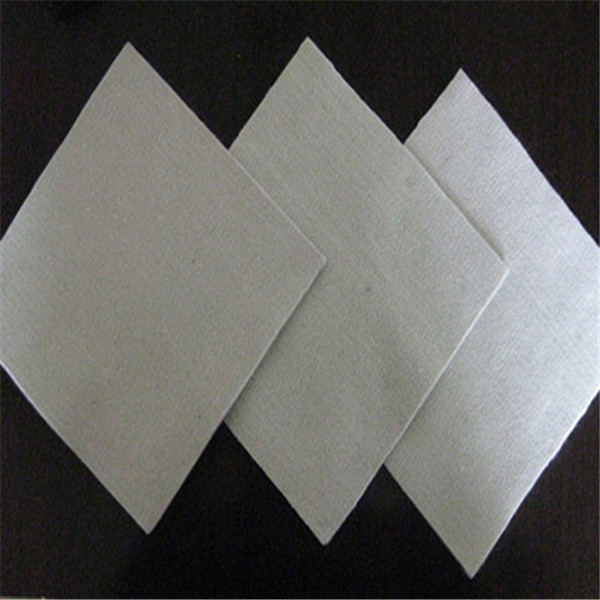