Home > News > The role of geotextile after being saturated with asphalt

The role of geotextile after being saturated with asphalt

Under the action of pressure, water can enter the lower mixture from the upper mixture through the communication gap of the mixture itself. However, after the interlayer of geotextile is installed, after the filament nonwoven geotextile factory price is saturated with asphalt, a dense water layer will be formed between the two layers of the mixture, and it is difficult for water to continue to penetrate downward. 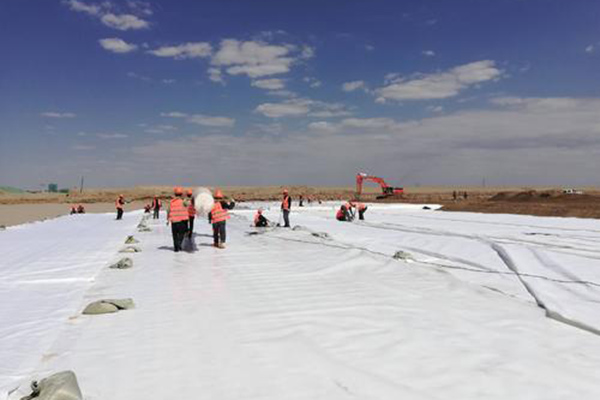 However, for a pavement structure with a geotextile stress-absorbing layer, when the reaction of the stress-absorbing layer fails, reflective cracks will appear on the pavement, and it is difficult to form a channel for water to enter the pavement. This is because the wholesale filament nonwoven geotextile impregnated with asphalt has a large elongation at break. Although its reaction failure will cause great deformation, it will not be torn and damaged, and it still has good water tightness. The road water will still be blocked by the interlayer of geotextile, making it difficult to wash the substructure of the road surface. Therefore, no matter whether the geotextile stress absorbing layer is in the working state or in a failed state, it has a positive meaning for the water tightness of the asphalt pavement and can effectively reduce the water damage inside the pavement.