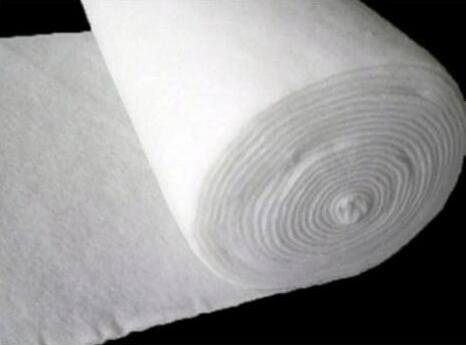 The waterproof geotextile uses the geomembrane as the anti-seepage base material, and the geotextile is composited with the high-quality filament nonwoven geotextile. Its anti-seepage performance mainly depends on the anti-seepage performance of the geomembrane. At present, the geomembranes used in anti-seepage applications at home and abroad mainly include polyvinyl chloride (PVC) and polyethylene (PE). They are a kind of polymer chemical flexible material with small specific gravity, strong extensibility, and high adaptability to deformation. Corrosion resistance, low-temperature resistance, and good frost resistance. Its main mechanism is to block the leakage channel of the earth dam with the impermeable plastic film, and with its greater tensile strength and elongation, it can withstand the water pressure and adapt to the deformation of the dam; and the non-woven fabric is also a kind of short polymer fiber chemical The material, formed by needle punching or thermal bonding, has high tensile strength and extensibility. After it is combined with the geomembrane, it not only increases the tensile strength and puncture resistance of the plastic film but also due to the rough surface of the non-woven fabric, Increase the friction coefficient of the contact surface, which is conducive to the stability of the composite geomembrane and protective layer. At the same time, they have good corrosion resistance to bacteria and chemical effects and are not afraid of acid, alkali, and salt corrosion.

Waterproof geotextile function
Use geotextiles to enhance the tensile strength and deformation resistance of the soil, enhance the stability of the building structure, and improve the quality of the soil. Effectively diffuse, transfer or decompose concentrated stress, and prevent soil from being damaged by external forces. Prevent the mixing of the upper and lower layers of sand, soil, and concrete. The good air permeability and water permeability of geotextile are used to allow water to pass through, thereby effectively intercepting sand and soil loss. Waterproof geotextile has good water conductivity. It can form a drainage channel inside the soil, drain excess liquid and gas from the soil structure, and prevent the mesh from being blocked. The mesh structure formed by the indefinite fiber structure has strain and Sportiness.