Before laying the HDPE geomembrane, the corresponding qualified civil engineering acceptance documents should be provided.

When laying HDPE geomembrane, welding laying of geomembrane the stress should be minimal, and raw materials should be saved as much as possible while ensuring quality. It is also easy to guarantee quality.

The seam width of the seam between the films is usually not less than 10 cm, and the welding alignment direction is generally parallel to the maximum inclination, that is, arranged along the inclination direction.

Usually, in the corners and deformation areas, the length of the joint should be as short as possible. Except for special requirements, in the range of 1.5m from the stress concentration area on the slope or slope greater than 1: 6, no weld is allowed. 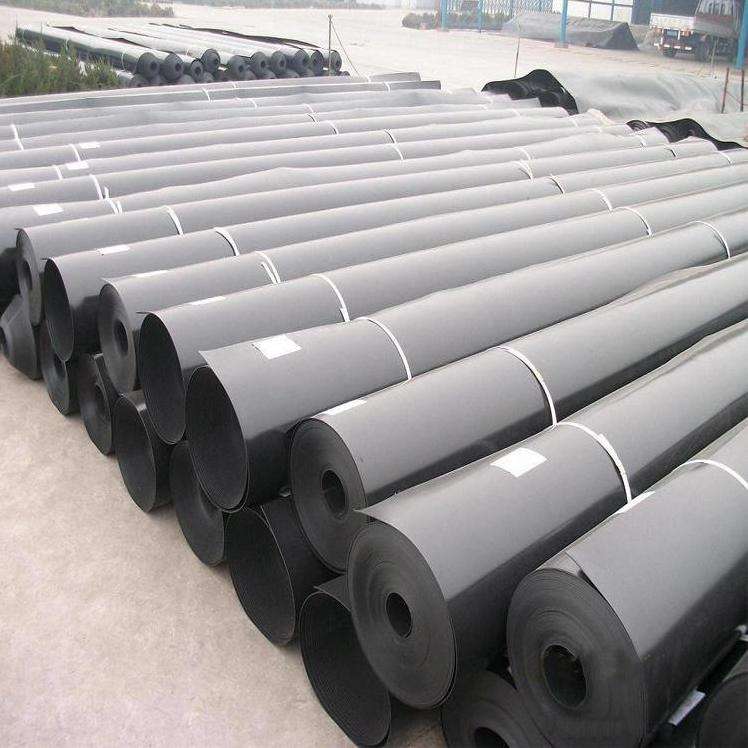 HDPE geomembrane should avoid artificial wrinkles during the laying process. When the temperature is low, it should be tightened and leveled as much as possible.

After laying the HDPE geomembrane, precautions for laying of composite geomembrane channel the walking and moving tools on the membrane surface should be minimized. Any objects that may damage the HDPE film should not be placed on or carried on the film in order to avoid accidental damage to the film.

Stakeout, dig the asphalt surface and clean the base.

(1) When setting out, the asphalt pavement should be marked first, usually according to the rectangular mark, which is also a method to keep the trench wall vertical.

(2) If there are some sharp parts on the sidewalk, it is necessary to smooth out these sharp parts and then fill these parts with cement mortar. (For example, if the excavation thickness is more than 15cm, the base is filled with semi-rigid cement stabilized gravel). After the maintenance period of the asphalt pavement expires, the dust and some building materials of the base must be removed to keep the asphalt pavement dry and clean.