Polyethylene film is widely used in packaging and agricultural film

Recently, 9 departments including the National Development and Reform Commission and the Ministry of Ecology and Environment jointly issued the “Notice on Solidly Promoting Plastic Pollution Control”, proposing that from January 1, 2021, the construction of urban areas in municipalities, provincial capitals, and cities separately designated Shopping malls, supermarkets, pharmacies, bookstores, and other places prohibit the use of non-degradable plastic shopping bags and various exhibition activities, but even roll bags, fresh-keeping bags, garbage bags, etc., are temporarily not prohibited.

In addition, from January 1, 2021, non-degradable disposable plastic straws will be prohibited in the catering industry across the country. The straws on the outer packaging of food such as milk and beverages are temporarily not prohibited. 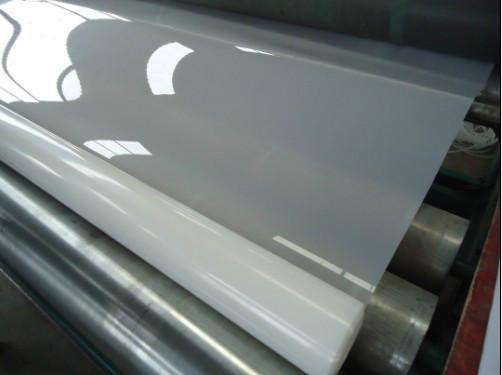 With the wide application of polyethylene film in packaging and agricultural films, a large amount of plastic waste is difficult to degrade in the environment, causing environmental pollution. How to control the embrittlement time and induction period of photodegradable plastic films is the focus and difficulty of photodegradation research.

Blending fully degradable polymers such as starch into polyethylene is a feasible method to accelerate the degradation of polyethylene. The starch in starch polyethylene plastic degrades rapidly. After starch degradation, many micropores are formed in the plastic, the surface area increases, and a large number of end groups are exposed. Therefore, this polyethylene degrades much faster than ordinary polyethylene. However, compared with pure products, the mechanical properties of starch mixtures have declined. There are many research reports on the degradation mechanism of starch-filled degradable plastics. The degradation process can be roughly divided into the following processes: First, it may be caused by starch degradation. The control group of starch provides a physical adsorption point, and the surface adsorption of starch helps Produce locally dense microbial communities. At the same time, under the action of light and other conditions, the starch granules disintegrate and the polymer decomposes into oligomers, resulting in an increase in the surface area of ​​the sample.

At the same time, as a part of starch metabolism, superoxide and peroxides are also produced. With the addition of many kinds, through the above effects, the non-degradability of plastics with very stable structures can be greatly improved, and finally, reach a degradable purpose.