During the construction process of the HDPE geomembrane, there will be many situations that are easy to ignore or difficult to construct. Faced with these situations, once the construction is dealt with at will or no attention is paid, it will cause hidden dangers to the entire anti-seepage project.

1. Difficulties in the construction of HDPE geomembrane in special parts of the site
(1) The laying and welding of high quality HDPE geomembrane is a special situation at the intersection of slopes; many anti-seepage projects are caused by improper construction treatment at the intersection of slopes, which causes hidden dangers in the project. Therefore, corresponding measures should be taken according to local conditions In order to make the diaphragm fit more closely with the substrate. The construction points, in this case, are: the diaphragm in the irregular range such as turning should be cut into “upward trapezoid” with upper and lower width, and its width-to-narrow ratio operator calculates accurately according to the actual situation on-site and the specific size of the slope. If the ratio is not accurately grasped, the film surface on the slope will “bump” or “hang”. 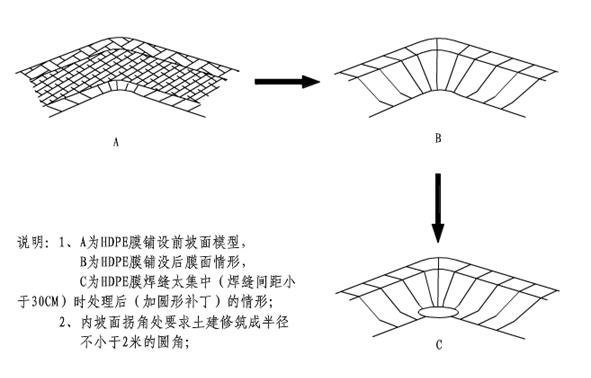 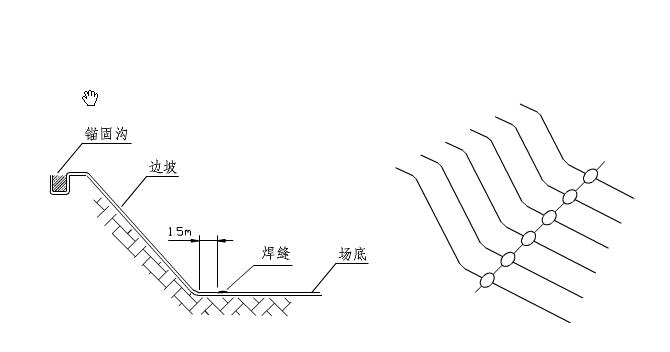 (3) During the entire construction process, the repaired parts after sampling and the places where normal welding construction cannot be used, the construction details tailored to local conditions need to be formulated according to the actual situation of the site, and special techniques are used for construction. Such as “T-type”, “double T-type” and another secondary welding of special welding.

2. Difficulties of Pipe-through Film Construction
Pipe penetration membrane is a common construction type in anti-seepage engineering. Where the leachate drainage pipe passes through the dam, the pipe and membrane need to be welded to form a special construction process called “pipe penetration membrane”. Often, in many anti-seepage projects, the welding of the pipe through the film is not paid attention to, which saves time and effort, and “glues” the film and the pipe together, laying a hidden danger for the project.

The main points of construction are as follows: first, use HDPE film to make a horn-shaped pipe sleeve, the small radius is the same as the diameter of the pipe through the film, the large radius is about 0.8 meters (the specific size is determined when installing) and divided into 6-8 small pieces, and then Put the pipe sleeve into the dam pipe in order from large to small, adjust the position of the pipe sleeve according to the actual situation on-site and use a hot air gun for temporary stabilization. At this time, pay attention not to allow the pipe sleeve to have a floating part. The large and small sleeves of the casing are welded to the impervious layer HDPE film surface and the pipe, and a stainless steel hoop is added at the HDPE pipe. 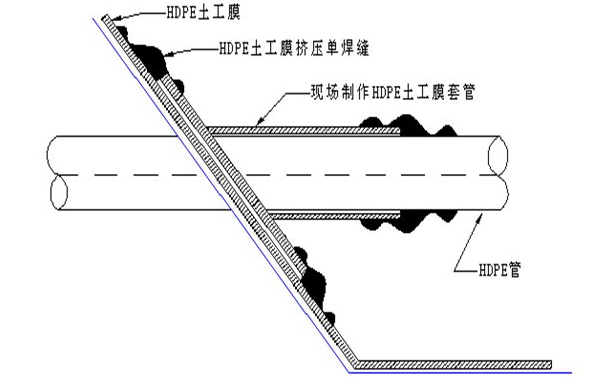 (2) When the HDPE geomembrane is anchored, there must be no rigid structure at the corners, all of which are made into arc structure.

(3) When HDPE geomembrane is anchored, care should be taken to allow a certain margin to prepare for sinking and stretching in the future landfill process.

In the construction of HDPE geomembrane, it can be said that in addition to using high-quality imported HDPE geomembrane such as Canadian Soma, strict and standardized construction is equally important. Any detail affects the safety and stability of the entire project. Many failed projects are caused by negligence on details that are difficult to construct or easy to ignore. Therefore, a high-quality project must strictly deal with these difficulties and points, and can not cause difficulties or troubles to the construction due to these conditions, and cope with it casually. It is only required to complete the project construction to avoid major hidden dangers for future practical applications.